How to send an Encrypted Portal Message

This article covers how you send an encrypted message from a matter.

Note: You need to enable Client Replies in order for your client to be able to reply to a message. See: How to set up Encrypted Portal Messaging

To send a Portal Message, first open the relevant Matter. Once the matter has opened, click the @ Portal Message button on the top right of the Client Detail window.

As part of the Portal activation, make sure you confirm the Client's email address. Click Turn Portal On and Send Email to activate the Portal for this matter and to send the logon details to the client.

The Secure Message window will now appear. It has the following important features: 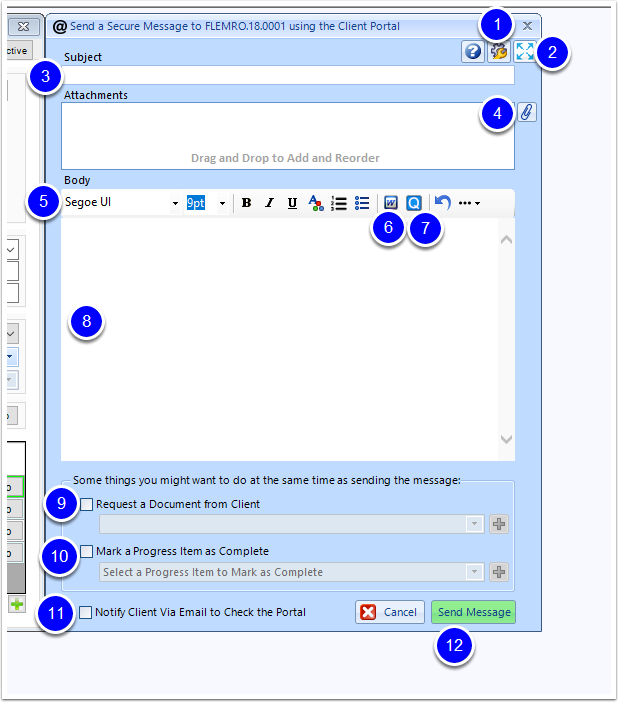 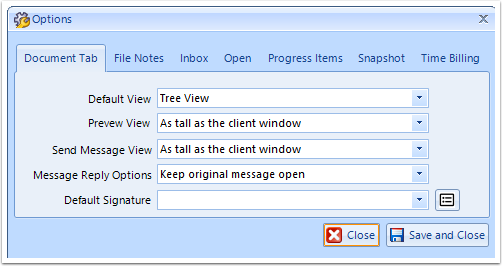 The size control button allows you to expand or shrink the size of the Messaging window.

When sending a message, you will need to ensure that you add a Subject line. This will be displayed in your Client's Portal Inbox when they receive the message.

The Attachments panel allows you to add documents, files etc to the Portal Message either by dragging and dropping the items from the Documents tab (or from anywhere on your computer) or by clicking the paperclip button which will open explorer and allow you to browse, find and attach a file from your computer. See How to send a Letter or Document via the Secure Client Portal

The font control options allow you to modify the font size, colour etc of the text in the body of the Portal Message.

The content will now be copied and pasted in to the Portal Message.

Note that if you copy and paste the content of a Word document in to the Portal Message window without using this W button the formatting will most like not remain consistent.

The Quickparts button allows you to quickly add template text (known as Quickparts) in to the body of the Portal Message. These Quickparts can include things such as signatures (see How to set up a Message Signature) or any other Quickpart that has been set up - see How to use Messaging Quickparts

The body section of the Message window allows you to type in the relevant text that you want to include in your message.

3.9. Request a Document from Client

The Request a Document from Client control allows you to create and notify your client of a particular document(s) that you require at the same time as you send the message. This will create a specific checklist for your client in the Portal - see: Requesting a Document from your Client via the Secure Client Portal

You can add a list of the document you require by either selecting from the dropdown (which displays a list of documents from the Matter's Progress tab) or you can create a new item by clicking the + button.

Items requested by you via the Messenger will appear on the Client's Portal under the Documents Required From You section.

The Mark a Progress Item as Complete control allows you automatically tick off items from the Progress tab at the time you send the message. For example, you may have a required activity listed in the Progress tab for notifying the client of the decision. That item can be selected from the dropdown. If the activity doesn't exist yet on the Progress tab for this matter, then you can create and add a new one by clicking the + button.

Ticking the Notify Client Via Email option, will, once you send the Portal Message, generate an email in Outlook that you can send to your client notifying them that there has been a change on the Portal and that they should log on and review the content.

Using the controls and features mentioned above, type your message and select any relevant additional options. 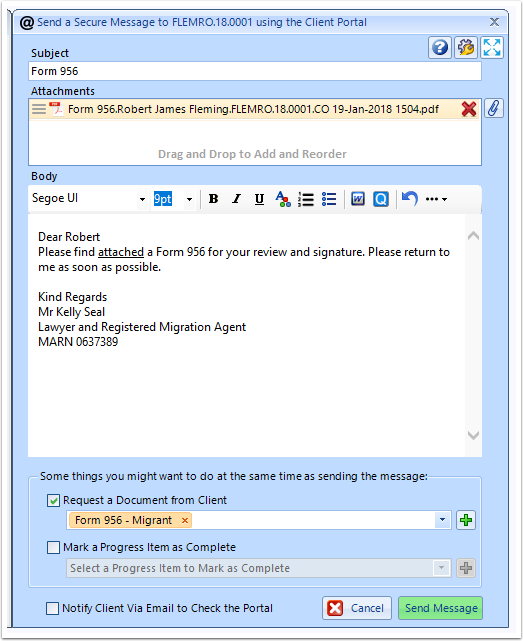 When you have finished preparing your message, click Send Message to send the encrypted message to your client.

A copy of the sent message will now appear in the Documents tab. 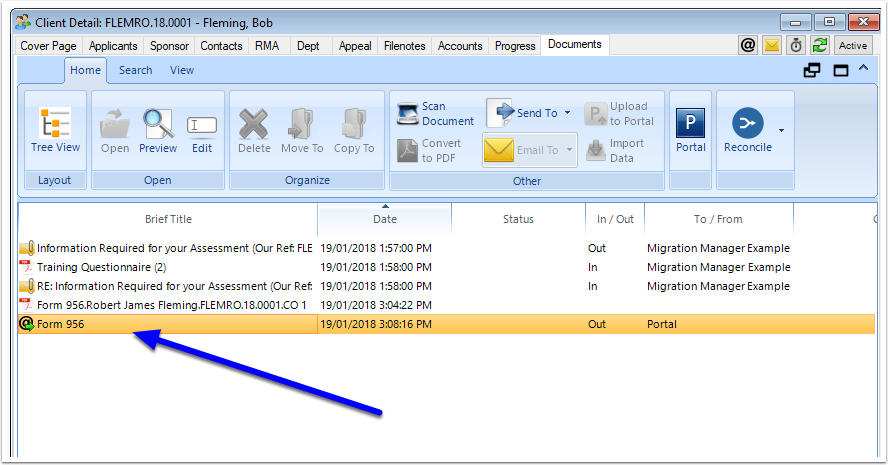