How to set up Encrypted Portal Messaging

Note that once Client Replies is enabled, it available on all matter which have been activated for the Portal.

In the top toolbar, go to Tools > Administrative > Preferences 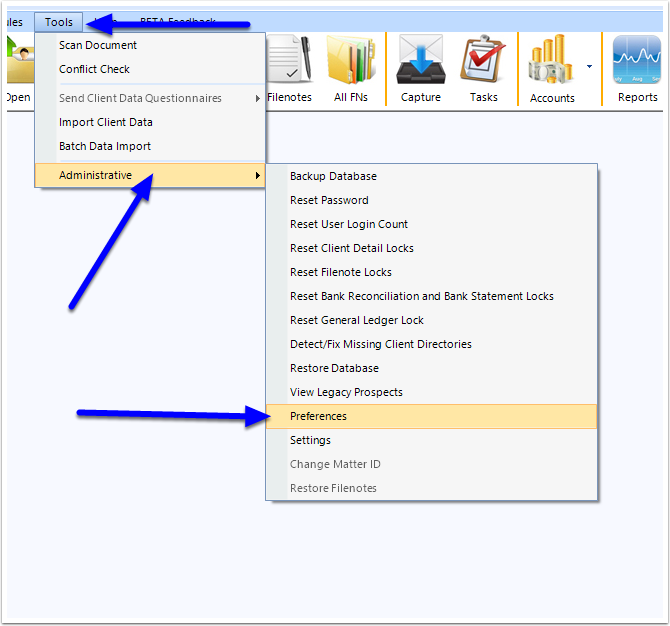 2. Navigate to the Portal Preferences

Once the Preferences window options, go to the Program Level tab and then the Portal tab.

To enable Portal, tick the Allow Clients to Send you Messages from the Portal option.